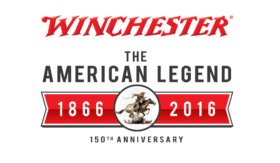 December 15, 2016June 27, 2018 Adriana Rodriguez
EAST ALTON, Ill. – When Indiana McDonald’s restaurant owners Glenn and Kathy Lubeznik decided to chair a sporting clays tournament in 1999 to raise money for the Chicago Ronald McDonald House, little did they realize at the time how big the fundraising movement would become. With the support of Winchester Ammunition at that very first event, they hosted 137 participants and raised $16,000. People had a lot of fun, too.

That one event became the impetus for the creation of the Kids & Clays organization, which this year will host more than 20 fundraising clays tournaments. Since 1999, it has raised more than $14 million for Ronald McDonald House Charities. And Winchester has been right there with them, every step of the way. “Winchester plays a large part every night when thousands of families benefit from the Kids & Clays program by receiving housing, food and other benefits from the houses,” says Doug Jeanneret, executive director of Kids & Clays. Ronald McDonald Houses assist in provide housing, meals and a positive environment for families traveling away from home to tend to a sick child in the hospital or receiving treatment for serious illnesses.

Winchester continues to provide ammunition at the sporting clays fundraising events as one of the primary sponsors of Kids & Clays. “As one of the founding supporters of what is now Kids & Clays, Winchester made it possible for the program to get off the ground. These donations save the organization thousands of dollars at each event,” Jeanneret explained, “valuable funds that can be put back into supporting Ronald McDonald’s Houses across the country.”

In celebration of Winchester’s 150th anniversary this year, a special donation of one of only ten Winchester 1866 Yellow Boy firearms will be auctioned on Gunbroker beginning October 9, 2016, with all proceeds going to Kids & Clays. “There may be no greater cause than helping families faced with the challenge of caring for a sick child, and Winchester is proud of our long-standing relationship with Kids & Clays in supporting Ronald McDonald House Charities and the incredible services they provide,” said Brett Flaugher, vice president of marketing, sales and strategy at Winchester Ammunition.

The iconic Winchester brand celebrates 150 years of legendary excellence in 2016—a historic milestone representing a steadfast commitment to the hunting and shooting sports traditions and future generations of sportsmen. A world leader in delivering innovative products, Winchester is The American Legend, a brand built on integrity, hard work and a deep focus on its loyal customers. Learn more about the history of Winchester by visiting Winchester.com or connect with us on Facebook at facebook.com/WinchesterOfficial